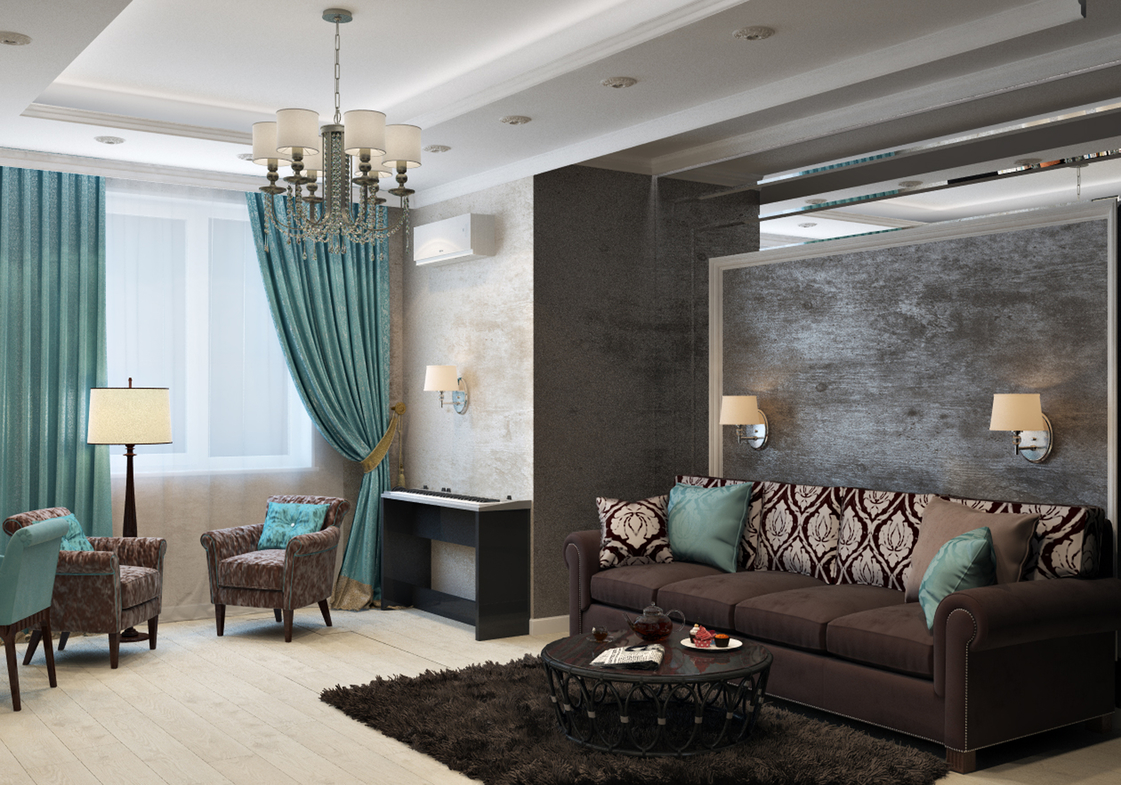 If you are new to the interior design world, all your enthusiasm can quickly get drowned in the terminology and vocabulary explaining different design styles and traditions. And with a lot – and I really mean a lot – of different interior design movements, it can be more than difficult to find what is it that really works for you.

So, in order to help you a bit with finding your way around the world of interior design, I decided to compile a list of the 10 most popular interior design styles that you are bound to encounter at some point during your journey. With some of them, you are probably familiar with from before. Some others might be familiar, but you might have not known how they are usually referred to. Some, I hope, will be completely new for you and will give you some nice research material and some fresh ideas to think over.

So, without further ado, let’s get right into it.

Modern style is a very broad term, but it usually refers to an interior design style that relies on clean crisp lines, simple and sophisticated colour palette, and the use of modern materials such as metal, glass, and steel. Simplicity, but not utter minimalism is the backbone of modern style which is intended to eliminate the clutter and unnecessary accessories.

Often considered to be a synonym to modern style by layman, contemporary style has been a source of confusion for decades. Unlike modern style which is strongly rooted in the sensibility of the 20th century, contemporary style is much more fluid, current and eclectic. Unlike modern, it is perfectly open for curving lines, unconventional elements, and mixing and matching of styles.

If I was writing this article a couple of years ago, I would argue that minimalism might be the most popular interior design style out there. However, due to some fierce competition in recent years, you won’t encounter minimalist style wherever you go as was the case at some point. But, that doesn’t mean that minimalism or its elements aren’t still playing a huge part in interior design today. Simple, practical, and far from excessive, minimalist style certainly shaped the sensibilities of the 21st century.

Drawing inspiration from turn of the century factories and warehouses, industrial style really came to prominence in urban lofts. Rooted in the appeal of unfinished rawness, it just thrives on exposed brick, ductwork, and rustic wood, recreating the feel of a renovated industrial building.

Before the development of more recent interior design styles, mid-century modern was arguably the most influential décor style – maybe in history! Today, it is a nostalgic twist on the fuss-free and functional homes of the 1950s with just a dash of minimalism. With an emphasis on simple, yet organic and flowing forms, it is rich in timeless elegance which has certainly stood the test of time.

Scandinavian style is a further simplification of the mid-century interior design which recreates the simplicity of life in the Nordic countries. With sculptural furniture and simple lines and forms, it puts emphasis on functionality which is perfectly fused with style and elegance. Washed out and all-white palettes combined with natural elements and some sleek and modern accent pieces, Scandi style is spacious, natural and based on clearing of the unnecessary clutter.

On the other side of the spectrum and opposed to minimalist-oriented Scandinavian style, traditional style is rooted in European sensibilities and is based around dark and finished wood, rich colour palettes, and an abundance of curves and textures. Elaborated ornaments and accent details are absolutely a must and they are often combined with a variety of fabrics. Depth of layers plays a very important role in shaping the characteristic aesthetic of traditional décor style.

With warm, earthy colours matched with worn-out ornamental wooden furnishing, French country style is rooted in the idea of the rural idyllic farmhouse. The reproducing sensibility of warmth and closeness, relies on warm colours such as red, yellow, and gold, with natural materials and porcelain ornaments complementing them perfectly.

Care-free, vivid, rich in colour and detail, almost hippie in appearance, Bohemian style is truly playful and has very few rules. Vintage furniture and light fixtures do play an important part in its aesthetic, as does the abundance of textiles, rugs, pillows, and details which seem to be brought from secluded flea markets or exotic travels.

The rustic style looks to nature for inspiration and it absolutely adores raw unfinished beauty of wood or stone. With an abundance of outdoor accessories such as flowers, branches, or logs of wood it tries to recreate a rural sensibility. Today, however, it is commonly mixed with modern furnishing and accessories, giving it a specific and unique style and aesthetical expression.

Author: Sasha
Filed Under: Interior Design
How to decorate in Scandinavian style?
The cultural impact of China in the works of Hans J. Wegner